The Law of Parties death penalty reform bill HB 1340 by Rep Jeff Leach, Rep Harold Dutton and 8 other co-authors and that passed the House on an overwhelming vote has been referred to the Senate Committee on Jurisprudence. It must still have a hearing in the committee, then pass the committee, and go to the full Senate for a vote.

The bill by Representative Jeff Leach would prohibit the imposition of the death penalty in law of parties cases in which the person charged under the law of parties did not kill anyone or intend anyone to be killed. It passed the full House on second reading 139-4. It passed on third reading the next day and has now been sent to the Senate.

The speaker of the Texas House included Rep Leach’s law of parties bill on his list of priority criminal justice bills. The bill would prohibit the death penalty in law of parties prosecutions. 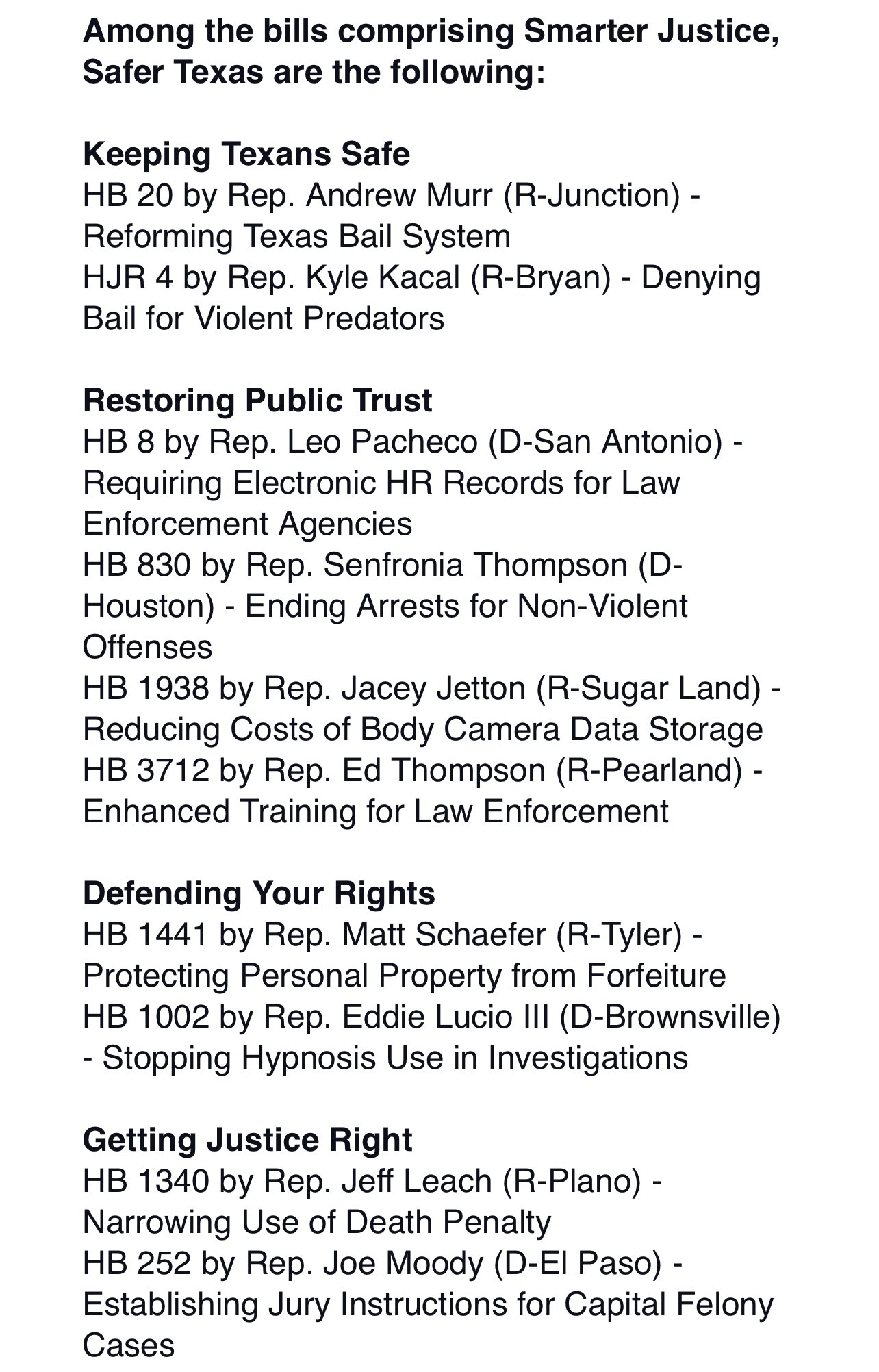 Both Rep Jeff Leach’s and Rep Harold Dutton’s separate bills to prohibit the death penalty in law of parties cases have passed the House Committee on Criminal Jurisprudence and will now go to the Calendars Committee to be voted on whether to be sent to the full House for a vote. The votes on both were 7-2.

Texas State Rep Jeff Leach, a Republican, in this video makes a persuasive argument for his bill to end the death penalty in law of parties cases at the hearing of the Texas House Committee on Criminal Jurisprudence on April 6, 2021. He also made it clear that it is his legislative intent that the bill, if passed, would result in removing people like Jeff Wood who are already on death row because of the law of parties. His remarks should convince enough Republicans to support the bill that it could pass the committee and the entire House. He would not be testifying and would not have filed his bill if family members like Terri Been, Jeff Wood’s sister, and other people had not contacted him in 2016 about Jeff’s case to ask him to sign a clemency letter.