By Texas Moratorium Network On July 16, 2009 · Add Comment · In Uncategorized 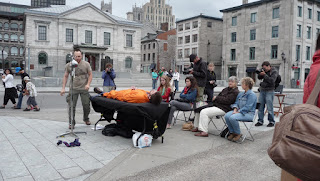 The 1000th execution by lethal injection in the U.S. could occur on July 21 when Ohio is set to execute Marvallous Keen. If Keen receives a stay, the next lethal injection could be of Roderick Newton in Texas on July 23.

Other than the 999 lethal injections, other execution methods used since the reintroduction of capital punishment in the U.S. in 1977 have been electrocution, gas chamber, hanging and firing squad.

In lethal injection executions, prisoners are commonly injected with massive doses of three chemicals: sodium thiopental (also known by the trade name Pentothal) to induce general anaesthesia; pancuronium bromide to cause muscle paralysis, including of the diaphragm; and potassium chloride to stop the heart. Doctors have expressed concern that if inadequate levels of sodium thiopental are administered (for example, through incorrect doses of thiopental, faulty attachment of the line, or precipitation of chemicals) proper anaesthetic depth will not be achieved or the anaesthetic effect can wear off rapidly and the prisoner will experience severe pain as the lethal potassium chloride enters the veins and he or she goes into cardiac arrest. Due to the paralysis induced by pancuronium bromide, they may be unable to communicate their distress to anyone.

Such issues have led to these chemicals – used on humans as punishment – being barred from use on animals in euthanasia. The professional body representing the USA’s veterinary surgeons has argued that the use of pancuronium bromide is unacceptable for euthanasia of domestic pets.The American Veterinary Medical Association has taken the view that a mixture for euthanasia of animals by sodium pentobarbital should not include a paralysing agent and that humane killing of animals by potassium chloride requires prior establishment of surgical plane of anaesthesia characterised by “loss of response to noxious stimuli”(14) by a competent person.(15) The use of pancuronium bromide in animal euthanasia has since been banned in individual US states including Tennessee(16). In September 2003, a new law came into force in Texas prohibiting the use of pancuronium bromide in the euthanasia of cats and dogs. Texas is the US state which uses lethal injection the most frequently for humans, having executed some 400 people by this method since 1982.