Texas Executes 2nd Person in 2010, 210th Under Rick Perry and 449th Since 1982 Anti-Death Penalty Activists: Make a Video for this Contest Run by the State Bar of Texas

By Texas Moratorium Network On January 13, 2010 · Add Comment · In Uncategorized 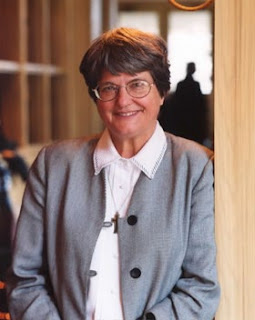 TMN held the drawing online on the TMN Facebook page, on Amazee and on the TMN blog.

Today, I received the phone call from Sister Helen Prejean that I won from the Texas Moratorium Network drawing. This really was an honor for me, and Sister Helen was as thoughtful and generous as I have heard.

When she called, she was actually on her way home from a death row visit in Louisiana. We spoke of several topics with regard to the abolition movement, and then she asked me about my brother’s case. (Jeff Wood) We also talked briefly about the efforts of the Kids Against the Death Penalty and their being asked to speak in Geneva; she then mentioned that she would also be at the 4th World Congress next month in Geneva, and looked forward to meeting us if we were able to raise the money.

Our phone conversation lasted about half an hour, but she called back a second time (while I was in class) and spoke with 7 of the KADP members separately, (who were together to protest tonight’s execution of Gary Johnson) as well as to my husband, Steven. They were all very excited to speak with her, and were thankful for the additional call, which was a surprise to us all!

She assured me that there was a reason she and I were able to connect; and I am looking forward to working/collaborating with her in the future; not only for the sake of my brother, but for all who are affected by this barbaric form of “punishment”. She is truly an inspiration, and I can not thank her enough for her time. Further, I would like to thank Scott Cobb from the Texas Moratorium Network not only for this amazing opportunity but also for being an instrumental part in the effort to save my brother’s life.

I know that together, we can, and will win the fight for abolition!