Video of Judge Kevin Fine Explaining His Ruling that Texas Death Penalty Process is Unconstitutional Video of Gavin, Nick and Nathan Speaking on Behalf of Kids Against the Death Penalty in Geneva Switzerland at World Congress

By Texas Moratorium Network On March 7, 2010 · Add Comment · In Uncategorized 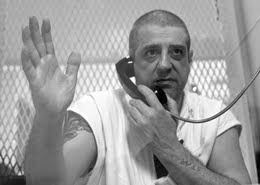 On March 4th, the CCA affirmed the March 24th date for Hank Skinner’s execution, or more exactly it states it doesn’t have jurisdiction to overrule the Judge’s order.

Please help Hank get the DNA testing. I have added a list of newspapers and journalists to whom you can copy your letter to the DA, below:

Hank sent a 5-page letter to the Gray County D.A. Lynn Switzer with a number of exhibits, which was received by her office on January 27th 2010.

These documents can be downloaded in the “legal documents” section – “DNA Issue” paragraph on the website.

Please take the time to read the letter, the exhibits document all the points and statements made by Hank in his letter.

As you will understand from his letter, Hank is asking the D.A. to put the execution warrant on hold, to grant him a 120-day reprieve and order the DNA testing. It is important to support him in this vital attempt. Of course the purpose is NOT to write to the D.A. and attack her for what she hasn’t done or should have done. What needs to be emphasized is that justice calls for the truth and the untested evidence is crucial to prove his innocence. Her position as D.A. is to ensure that justice is served and not to allow the execution of an innocent man when so many issues remain unresolved just a few weeks from his execution date.

You can send your letters with reference “Hank Skinner – Execution Date March 24, 2010” to:

For more impact, you may consider copying your letter to a local media of your choice and also to enclose a copy of Hank’s letter as well. If you do so, make sure you include the information after your signature; ie: cc. Houston Chronicle (whathever newpaper you choose or the journalist’s name). Here is a non-exhaustive short list of newspapers and/or journalists you can cc your letter to:

Here are some points you can raise:

– All of the state’s chief investigators and medical examiner on the case testified in pre-trial and trial that they personally collected the evidence in question that we are seeking to test, that they believe evidence would conclusively show who killed Twila, Scooter and Randy. So why won’t they allow it to be tested?

– Both the State’s star witnesses (Andrea Reed & Howard Mitchell) have testified that they believe Hank to be innocent.

– All three of the previous D.A.s have publicly stated that they believe the evidence needs to be tested.

– Article 2.01 of the TX code of criminal procedure compels the D.A. to test the evidence or, allow the deffense to test it.