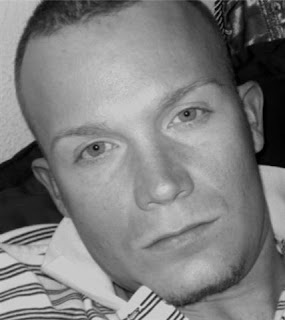 This blog post is written by James Tate, a student at the University of Texas at Dallas, for the Dallas Morning News. After finishing his undergraduate degree, he plans to attend law school and pursue a career in international humanitarian law. He also volunteers for the Innocence Project. His e-mail address is waylontate@gmail.com.

I am a student at the University of Texas at Dallas, and upon receiving an email from a professor, I elected to spend my spring break at the University of Texas learning about the death penalty and its violations against human rights. The Anti-Death Penalty Alternative Spring Break is in its 5th year, and the momentum continues to build. The activities from this conference, that includes students from all over the country, has resulted in bringing awareness to the death penalty, sending a message of its injustice, and in some ways affected Texas legislation.

Last night was the first time that all of the participants gathered. Guided to a small room in the Communications Building on the UT campus, the walls were decorated with signs reading “Stop the Death Penalty” and “30 Years of Blood on Our Hands”. The diversity of the attendees surprised me. Every race and ethnicity, age, gender, and funny enough political affiliation was in attendance and it likened us to an ad for United Colors of Benetton. The emotions were varied. Students were quiet at first, nervously flipping through materials given to us as we entered the room. A large screen in the front of the room played a video of a mother at a rally whose son had been executed only days earlier. The silence gave way as we were each asked to give an “ice breaker” and tell where we were from and our reasoning for coming. A young student had flown in from upstate New York. She had previously worked for Amnesty International and would rather spend her spring break “making a difference.” Another was a Chicago native who is studying piano performance at the University of Houston. She is eager to help in any avenue of justice and plans to attend law school after completing her Bachelors.

I assume I was naive to the complexity of this conference. I had originally thought my days would be filled with information sessions loaded with details and statistics pertaining to the death penalty. I figured there would be guest speakers and workshops of how to handle the question of whether it is the right of the State to execute, but I hadn’t given much thought to the human side of the situation. After a brief introduction to the agenda for the next four days, the temperature was immediately turned up. We received a call from Stanley Howard, a 47 year-old black man who has been incarcerated for more than half of his life. Stanley shared his story and what it is truly like to be on death row. He belongs to a group of men that were forced into confessions through torture by Chicago’s Area 2 detectives known as the “Death Row 10”. We were introduced to five exonerees who had all been on death row awaiting the inevitable. Each story uniquely compelling, gave insight to how the justice system had not only failed them, but had nearly killed them.

I was expecting to hear an array of stories claiming innocence and injustice. Such existed, but by no means was this the focus. The exonerees were more interested in conveying to us what their lives on death row had done to their families. Being on death row “killed both of my parents,” said Derrick Jamison, a man who served on death row for 17 years to be exonerated only hours before his scheduled execution.

A day that started with nervous anticipation and eagerness to learn ended with a human approach to the question at hand. I have, for as long as I can remember, been opposed to the death penalty. I have never, however, been privy to have a conversation with someone living on death row. Debating the issue of the death penalty is only half of the issue. When given the opportunity to make the situation personal and make a human connection to someone who has to live this reality, the sentiment felt changes profoundly. I know now that I made the right decision in attending this conference. I look forward to what follows.