Houston Sends Someone to Death Row for First Time Since 2007

By Texas Moratorium Network On April 12, 2010 · Add Comment · In Uncategorized 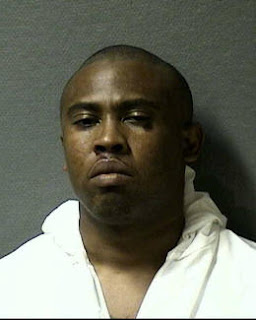 Video from KTRK in Houston:

A Harris County jury has sentenced to death a man convicted of killing a Houston police officer.
Jurors deliberated for about three hours before deciding that Mabry Joseph Landor III should be put to death by lethal injection for killing officer Timothy Abernethy.
Landor was convicted last week of murdering Abernethy during a December 2008 footchase though a north Houston apartment complex. Landor told jurors he ran because was on parole and did not have a driver’s licence when Abernethy pulled him over for a traffic stop. He denied killing the veteran officer.
Witnesses testified Landor hid behind a wall and shot Abernethy as he ran by, then walked up to him and shot him though the head at close range.
After the punishment was announced, Abernethy’s son took the stand and addressed Landor.
“From the bottom of my heart and with all sincerity I do forgive you,” said Timothy Abernethy Jr.
The 21-year-old, his voice shaking at times, also said he was praying for Landor’s family and children.
“It sucks but I wish them the best.”
Abernethy’s widow also took the stand, first to express sympathy to Landor’s mother, then to address Landor.
“Mabry, like TJ said, we forgive you,” Stephanie Abernethy said. “So you don’t take that to prison with you.”
She also said she was going to be praying for him and his family, children and friends.
“I’m sorry you had to go through this.”
Stephanie Abernethy also thanked the jury.
“Thank you for doing the right thing today,” she said. “I believe the right thing was done, I do.”
Landor’s family could not be reached for comment immediately after the punishment was read.
His friends, however, said the jury’s decision was unfair.
“He was a good man, a very good man,” said Ray Gatlin, 33, one of Landor’s best friends. “He loves his kids. Even though they may gave him the death penalty, he is still going to be blessed.” He thought the punishment was unfair.
“He still looked good. They give to him what they gave him and he still looks good. He’s a strong man, just misunderstood.”
Qwana Singleton, 29, said he was also upset by the verdict.
“I don’t like it. I don’t like what happened either to the officer,” Singleton said. “But two wrongs don’t make a right.”
He said the way Landor was portrayed during the trial and by the media was misleading. “He’s a good dude, kind of quiet.
“If it was the truth, I wouldn’t be over here supporting him,” Singleton said. “But even if he did do it, you know, accidents happen. I don’t think they have the right to kill somebody.”
One juror said jurors could not find any mitigating circumstances to prevent Landor from getting the death penalty.
“The state’s evidence was overwhelming,” said juror No. 9, who did not want to identify himself.
He said the case was very emotional. The most difficult part, he said, was when the family of the slain police officer forgave Landor.
Landor’s defense attorney told jurors during closing arguments this morning that he was a controllable inmate who, if spared death, at 29 would spend the rest of his life being punished on a daily basis for what he did.
“He will never, ever, live as a free man again. He will never be able to be a father to his three children,” defense attorney Hattie Shannon said. “He will die in prison. … This 29 year old will never breathe free air again, that means Mabry Landor for the rest of his natural life will think about (this). … That is extreme punishment.”