By Texas Moratorium Network On April 18, 2010 · Add Comment · In Uncategorized 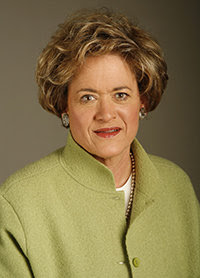 If you live in Travis County, and especially if you are a member of an Austin Democratic Club, please write a personal letter and ask your club to send its own letter to District Attorney Rosemary Lehmberg urging her to seek withdrawal of the execution date for David Powell now set for June 15, 2010. Rosemary Lehmberg was elected in 2008 with the endorsements of many Austin Democratic clubs, so those clubs should let her know that they do not want her to allow this execution to proceed.

I’m writing you in response to the execution date which you asked the trial court to set for David Lee Powell. I am extremely disappointed because this is a time when the death penalty is beginning to fall into disrepute, and Mr. Powell’s case provides a significant opportunity to make a statement about the enormous waste – human and monetary – associated with the death penalty. You could have used this moment to lead society away from the death penalty but instead you acquiesced to the conventional wisdom of Texas’ death penalty politics. In a world that is increasingly turning away from the death penalty, Texas is out of step. I believe you know this, and as the District Attorney of the most progressive county in Texas, you could have helped take us in a different direction.

I am writing to urge you to reverse your course. You have the authority to ask the court to withdraw the death warrant and to use that act as an opportunity to lead the State of Texas into a more just and peaceful future. Other leaders like you have chosen to lead the public away from the death penalty, where they once believed in it, because they understand it to be wrong on so many levels. I believe you are that kind of leader.

It has been said that the penalty of knowing one’s evil deed is punishment enough. David Powell knows his evil deed, has shown true remorse for it, and has suffered immensely. He has led an exemplary life, even from the despair of Death Row. He no longer deserves the death penalty. I have reason to believe you feel the same way. I beg you to ask the court to withdraw the execution date and use this as an opportunity to move us in a different direction.

Let the public know that when the death penalty no longer serves any legitimate public interest, as in the case of David Powell, you will not embrace it.