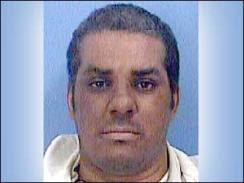 From the Fort Worth Star-Telegram:

The U.S. Supreme Court on Monday rejected appeals from five Texas Death Row inmates, including Charles Dean Hood, who was condemned even though his Collin County trial judge and the prosecutor were having an affair.

The justices did not comment in turning down Hood’s appeal.

The decision does not change the ruling by the Texas Court of Criminal Appeals that Hood should get a new punishment trial.

The state court made that ruling on a legal point unrelated to the relationship between Judge Verla Sue Holland and Tom O’Connell, former district attorney in Collin County.

The state court denied Hood’s request that because of the affair, he should have a new trial.
Hood, 41, has insisted that he did not kill Tracie Lynn Wallace, 26, and her boyfriend, Ronald Williamson, 46, in 1989 at their home in Plano.

“No one should be prosecuted for a parking ticket let alone for capital murder by the district attorney who has had a sexual affair with the judge handling the case, and despite the court’s decision today, we will continue to zealously represent Mr. Hood, as we believe his case was marred by a fundamental injustice,” said Andrea Keilen, director of the Texas Defender Service, a legal group representing Hood.

The Collin County prosecutor’s office had no comment on the ruling.

In a second case Monday, the high court rejected an appeal from Delma Banks, 51, who has been on Death Row for nearly three decades. The court left in place his conviction for the shooting death of 16-year-old Wayne Whitehead at a park near Texarkana in April 1980.

Like Hood, Banks still is entitled to a new punishment trial. The high court threw out his death sentence in 2004, agreeing with his attorneys that Texas authorities withheld information that a witness testifying at his punishment trial was a paid police informant.

James Elliott, an assistant district attorney in Bowie County, said Monday that he was waiting for a federal judge’s instructions on when he can schedule a new punishment hearing.

In other Texas cases Monday, the justices:

Declined to review an appeal from Peter Cantu, the ringleader of a gang of teens who were convicted in the 1993 rape and killing of two Houston girls. Two of Cantu’s companions have been executed. Two others had their sentences commuted to life after the Supreme Court barred the execution of those under 18 at the time of their crimes. Cantu was 18.

Declined the appeal of Duane Buck, 46, who nears execution for gunning down his ex-girlfriend and her male friend in Houston in 1995.

Declined the appeal of Ruben Cardenas, 40, a Mexican national on Death Row since 1998 for the rape-slaying of 16-year-old Mayra Laguna, a cousin. She was abducted from her apartment in Edinburg in Hidalgo County in February 1997, and her body was discovered in a canal a day later.