By Texas Moratorium Network On May 7, 2010 · Add Comment · In Uncategorized 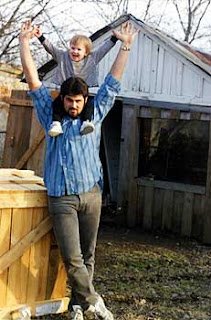 Watch ABC’s 20/20 program tonight. They will be airing a segment on the Todd Willingham case and also on another case of a man in prison in Texas for committing arson for which the forensic science evidence has been discredited. We talked to the reporter earlier this week and provided them with a few photographs.

Evidence Under Attack in Two Texas Arson Convictions
Expert Says Two Convictions, One of Which Led to Execution, Based on ‘Junk Science’

Arson charges can be difficult to rebut. But getting a conviction overturned can seem almost impossible — even when the stakes are a matter of life and death.

Todd Willingham may be a prime example. In 1992 he was convicted and sentenced to death for killing his three children in an arson fire in Corsicana, Texas.

While Willingham awaited his execution day, virtually every piece of physical evidence against him was reviewed and pronounced inadequate by independent fire expert Gerald Hurst. Hurst has spent years arguing that hard science needs to be brought into fire investigations.

Last year a scathing report by Dr. Craig Beyler for the Texas Forensic Science Commission concluded the Willingham arson investigation was “nothing more than a collection of personal beliefs that have nothing to do with science-based fire investigation.”

Nevertheless, one of the original fire investigators in the case, Doug Fogg, remained adamant.

“I have no doubt the fire was deliberately set,” he told ABC News.

Among the evidence Fogg used to support his conclusion was something called “crazed glass” — tiny cracks in glass that sometimes show up in the aftermath of a fire.

“This used to be evidence of arson,” said Lentini. “It was a myth. They used it on Todd Willingham. They said we know this fire was a rapid fire ’cause we’ve got this crazed glass.”

Turns out such glass breakage has nothing to do with an intentionally-set fire, even one in which an accelerant such as gasoline was used heavily.

“You cannot make crazed glass by heating it rapidly,” said Lentini, “but you can by cooling it rapidly” — as often happens, he said, because of the spray of firefighters’ hoses.

Arson: Governor Does Not Stop Execution

Fogg was not convinced.

Lentini said he was not guilty.

“No question,” said Lentini. “Everything about that fire that they pointed to as evidence of arson was wrong.”

Lentini also says another man serving a sentence for an arson conviction in Texas is not guilty.

His name is Curtis Severns, and his story was first investigated by The Texas Observer. Severns is serving 17 years after being convicted of setting fire to his gun shop in Plano, Texas. No one died in the fire.

Sue Severns only occasionally gets to speak to her husband by phone these days. He and Sue were married just one year.

“He was convicted on junk science,” Sue Severns told ABC News. “Yet we were married at a science museum. The irony is just a little bit much to bear … He would not have set that fire any more than Mother Theresa would have set that fire.”

The government’s key evidence in the case was a pattern of burning that the prosecution argued indicated three separate fires — and arson.

“I think there was an electrical fire,” said Lentini, who was part of Severns’ defense team. A frayed cord on a fan in the gun shop’s cluttered workshop probably ignited the blaze, Lentini thinks. Nearby aerosal cans could have exploded — setting off multiple fires.

Prosecution experts said that was impossible, and the jury convicted Severns.

“I walked into trial, maybe even cocky,” Severns told ABC News in a phone interview from prison. “I don’t know. I thought this is nuts, we’ll be able to tell the story and it’s no big deal. It just didn’t turn out that way… When I heard ‘guilty,’ I shook and my legs gave way.”

But a few months later, Lentini discovered a videotape that he claims the prosecution should have known about.

The video showed a test fire involving aerosol cans. Sure enough, as the cans heat up in the video, they burst and fly around the room. Slowing the tape shows clearly that the flaming cans touch off new fires wherever they land.

“The fact is [the prosecution] misrepresented the science during [Severns’] trial, and they ridiculed me for trying to bring it up,” said Lentini.

Armed with the tape, Severns’ lawyer appealed. But the judge said the video would have made no difference to the jury and denied the appeal.

If the tape had been shown at trial, Sue Severns said, “the outcome would be completely different. The jury would have been able to see a TV show, a video, a movie of how the aerosol cans can create the appearance of multiple origins … It would have been a wonderful testament.”

The federal prosecutor in the case, who declined ABC News’ requests for interview, offered Severns a plea deal prior to his conviction.

Severns said his reason for refusing the deal was simple.