By Texas Moratorium Network On May 11, 2010 · Add Comment · In Uncategorized 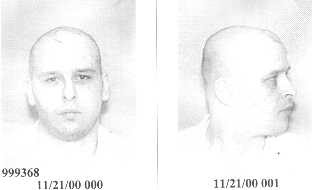 Texas is scheduled to execute two people this week. On Wednesday, May 12, Kevin Varga (left) is set to die (TDCJ info). He has a sixth grade education.
Thursday, May 13, Billy Galloway is set to receive a lethal injection (TDCJ info).  Galloway also only completed the sixth grade in school.
If he is executed, Varga will be the 455th person executed in Texas since 1982 and the 216th person since Rick Perry became governor. Galloway will be the 456th since 1982 and the 217th under Perry.  They will be the 8th and 9th executions in Texas in 2010.
Use the Governor’s email form to contact Perry to express your opposition to this execution. Or call Perry and leave a voice mail at 512 463 1782. If you live in Texas, call your state legislators and let them know that you support a moratorium on executions. Find out who your legislators are here.
From the Houston Chronicle:

Kevin Varga and Billy Galloway (left), who shared a prison cell in South Dakota, are set to be executed in Texas for the 1998 robbery-slaying of a man during a cross-country crime spree.
Varga was scheduled for execution Wednesday evening, while Galloway was set to die 24 hours later. Both were 41 years old. The back-to-back lethal injections would be the eighth and ninth this year in the nation’s busiest capital punishment state.
Robin Norris, Varga’s attorney, said Tuesday the seven-member Texas Board of Pardons and Paroles unanimously rejected his request that Varga’s sentence be commuted to life. A companion request for a reprieve attracted only one vote, he said. No last-day appeals were planned.
Mick Mickelsen, Galloway’s lawyer, said his legal efforts also were exhausted.
Varga and Galloway and two women — one of them only 17 at the time — left Sioux Falls, S.D., on Sept. 1, 1998. Evidence showed that over the following week, they robbed and fatally beat a man in Wichita, Kan., then robbed and killed David Logie, 37, an Army officer they met at a motel bar in Greenville, east of Dallas. Logie, from Fayetteville, N.C., was in Texas on business.
The four fled in Logie’s car and were arrested days later in San Antonio. The two women were picked up at a Wal-Mart parking lot in the stolen car. The two men were at a strip club.
Their Kansas victim, David McCoy, 48, of Wichita, was found wrapped in sheets in Galloway’s SUV abandoned a few blocks from the hotel where he’d been killed.
Varga and Galloway had been cellmates in prison in South Dakota.
Varga, a native of Kalamazoo, Mich., served about half of a 10-year term for grand theft then was paroled in May 1998. Galloway, originally from Onondaga, N.Y., was serving time for theft, parole violation and attempted robbery. He was paroled in June 1998, three months before the spree.
“I have no misconception or doubts about what my future holds,” Galloway told The Associated Press.
“I’m gone.”
Varga declined an interview request from The Associated Press.