Statewide "Public Defender for Capital Cases" Office Could Grow Out of West Texas Office Texas Ahead of U.S. Supreme Court on Issue of Life Without Parole for Juvenile Offenders

Christian Ethics and Prisoners: "I was in prison and you visited me"

By Texas Moratorium Network On May 15, 2010 · Add Comment · In Uncategorized 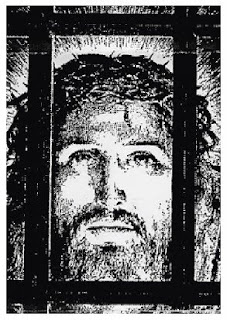 We ran across a couple of interesting articles about what Christian ethics teach about the importance of visiting people in prison. There are many people in prison who never receive visitors.

In the article, “Prisoners and Other Strangers“, Jack Miles explains why Christian ethics demand we treat prisoners as we would the Lord in an excerpt from “Ethics of the Neighbor,” a talk presented May 16 at The First Natalie Limonick Symposium on Jewish Civilization at UCLA’s Center for Jewish Studies.

Prisoners have a special place in the Christian imagination. It matters that Jesus himself was a prisoner. To speak the language of American law enforcement, his death was a death in custody. His most influential followers, Peter and Paul, were also prisoners. They too died in custody. John the Baptist, who first acclaimed Jesus as Messiah, was beheaded in a Roman prison. Christianity is a religion founded by men in deep trouble with the law, men familiar with the inside of prisons, whose message was “the last shall be first, and the first last.”

In religious ethics as formulated in our monotheistic traditions, what is owed to the neighbor is simultaneously owed to God himself. The Christian way of imagining this double duty exploits the fact that Christianity’s God has appeared in human form. Thus, when doing good deeds for our fellow human beings, we as Christians seek to imagine that we are simultaneously doing them for Christ in person. Jesus taught his followers to imagine themselves hearing his voice saying, “I was hungry and you gave me food, I was thirsty and you gave me drink, I was a stranger and you welcomed me, I was naked and you clothed me, I was sick and you came to me,” and finally: “I was in prison and you visited me” (Matthew 25:35-36).

Allow me, if I may, at this dark and shameful moment in our history, to linger over the last entry on that list: “I was in prison and you visited me.” Jesus gives every item on his list twice-once in a positive formulation, for praise, and once in a negative formulation, for blame. Thus, “I was in prison and you did not visit me.” Can you imagine what it is like to be in prison waiting for a visit that does not come? But let me ask an easier question: Do you know where the nearest jail is?

We also found the site of a website of a husband and wife, Dale and Susan Recinella, who minister to people on death row and their families in Florida. The site contains many articles and a radio interview with Dale and Susan. Very interesting.