By Texas Moratorium Network On June 15, 2010 · Add Comment · In Uncategorized 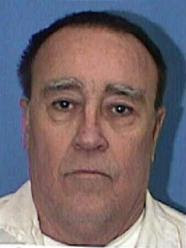 CNN has more on this developing story.


After nearly eight months of deliberation, Judge Paul Murphy ruled on June 11 that Jones’ father Claude, executed in 2000 for the murder of a Point Blank, Texas, liquor-store owner, should have another day in court. Specifically, that the only physical evidence linking Jones to the crime — a one-inch piece of hair that somehow survived a destruction order years ago — had to be preserved, against the wishes of San Jacinto County, and transferred to an independent forensics laboratory for DNA testing that wasn’t available during the original trial.

(See Thornburgh’s original story about seeking the truth about an executed man.)
Barry Scheck, the co-director of the Innocence Project, which sued (along with the Texas Observer magazine) to have the hair tested, said, “We undertook this litigation for two reasons: to find the truth and to vindicate the public’s right to know. We’re glad the judge agreed with us.” William Knull, the Houston lawyer who represented Scheck and the others, called it a “victory for the idea that the public has a right of access to the facts.”

By JEFF CARLTON (AP) – 3 hours ago
DALLAS — For the second time in a year, the guilt of an inmate executed in Texas is in doubt after a judge ordered DNA testing on a strand of hair that was the only physical evidence linking a man to the murder for which he was killed 10 years ago.
Judge Paul C. Murphy ordered testing done on a 1-inch-long strand that helped prosecutors convict Claude Jones of capital murder in the 1989 shooting death of liquor store owner Allen Hilzendager near Point Blank, about 75 miles north of Houston.
“This is a DNA test that could prove someone was wrongly executed,” said Barry Scheck, the co-director of the Innocence Project, a New York-based legal center that helped ensure the preservation of the strand of hair.
Jones, a career criminal and paroled murderer, always insisted he was innocent. He died in 2000, the last of 40 inmates executed in Texas that year and the last of 152 inmates put to death during former President George W. Bush’s time as governor.
Murphy, a retired appellate judge assigned to the case, ordered the test Friday. In April in a separate case, a state forensics panel renewed its review of a questionable arson finding that led to the 2004 execution of Cameron Todd Willingham, who was convicted of setting the fire that killed his three children.
According to the Innocence Project, Texas leads the nation with 40 DNA exonerations. Gov. Rick Perry issued the state’s first posthumous pardon of a DNA exoneree in March. Tim Cole, wrongly convicted of a 1985 rape, died in prison of complications from asthma in 1999.
In Jones’ case, a hair analysis expert linked the strand to Jones at his trial. The other primary evidence was testimony from an accomplice, who later acknowledged in an affidavit that he had no firsthand knowledge of the killing and said he testified against Jones to get himself a lighter sentence.
The single strand of hair allegedly belonging to Jones inexplicably survived, although it was supposed to have been destroyed years ago after the case was resolved. In 2007, a state district judge ordered it preserved to leave open the possibility of DNA testing after the Innocence Project, other innocence groups and The Texas Observer, a biweekly magazine, sought a temporary restraining order preventing its destruction.
San Jacinto County District Attorney Bill Burnett, the prosecutor in the case, died two weeks ago of pancreatic cancer. He had pushed first to have the hair destroyed and then to prevent DNA testing, arguing a jury’s verdict should be final and only a live defendant could request DNA testing.
Montgomery County Attorney David Walker, who had been handling the case for Burnett, was expected to be out of his office for the rest of the week and did not return a message left Tuesday by The Associated Press.
Duane Jones, Claude Jones’ son, said he was willing to accept the results of the testing, which could clear his father or confirm his conviction.
“Every chance we have … to discover and expand on the truth, it is incumbent on our justice system to do just that,” Duane Jones said.
Claude Jones was 60 when he was executed. His first robbery conviction was in 1959. He also served time in Kansas for robbery, murder and assault. While locked up there, he was convicted of killing a fellow inmate by throwing gasoline on him and setting him on fire. By 1984, however, he was out on parole despite a life term.
“If he was caught, he’d fess up to what he had done,” Duane Jones said. “This was the only thing he ever denied. He said the only thing he had was his honor, and he was telling the truth about this thing.”
Lab notes indicate the hair expert originally thought the sample size was too small. Also, the microscopic hair analysis done on the strand is now considered unreliable, Scheck said.
The hair must be transferred to a laboratory within 60 days, according to the order. The tests could link the hair to Jones, one of his alleged accomplices or the victim. It also could be a stray hair.
Scheck said if the test proves the hair did not come from Jones, it will show the state had no grounds on which to convict. In Texas, a defendant cannot be convicted on the testimony of an accomplice unless there is corroborating evidence, he said.
According to The Innocence Project, which obtained records in a Freedom of Information filing, Bush’s staff never mentioned the possibility of DNA testing in briefing material given to the governor when he was considering a stay of execution.
Jones’ execution was delayed for 30 minutes when jailers were unable to find a suitable vein in either arm. They eventually used a vein in his leg to inject a lethal cocktail of drugs.