By Texas Moratorium Network On October 15, 2010 · Add Comment · In Uncategorized 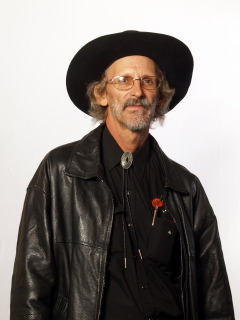 Albert Burrell, an innocent man who spent 13 years on death row in Louisiana, will be a special guest at the 11th Annual March to Abolish the Death Penalty on October 30 at the Texas Capitol in Austin at 2 PM. He will join exonerees Shujaa Graham, Curtis McCarty, Ron Keine, Derrick Jamison and Greg Wilhoit at the march. Albert is coming courtesy of Witness to Innocence.

After spending 13 years on death row, Albert Burrell was released from the Louisiana State Penitentiary at Angola on January 3, 2001, shortly after the Louisiana Attorney General dismissed charges against him and his co-defendant, Michael Graham. They had been sentenced to death in 1987 for the murder of an elderly couple. Their convictions were thrown out because of a lack of physical evidence and suspect witness testimony used at trial. Albert came within 17 days of a scheduled execution in 1996 before his attorneys won a stay. Prosecutor Dan Grady acknowledged that the case was weak and “should never have been brought to [the] grand jury” to begin with.

During the trial, prosecutors withheld key information from the defense, failed to produce any physical evidence, and relied only on witness testimony, which has since been discredited. Dismissing the charges, the attorney general’s office cited a “total lack of credible evidence” and stated, “Prosecutors would deem it a breach of ethics to proceed to trial.” DNA tests later proved that blood found at the victims’ home did not belong to Albert or Michael Graham. The trial attorneys appointed to defend Albert were later disbarred for other reasons.

Upon his release, Albert was issued a denim jacket several sizes too large and a $10 check for transportation. He climbed into his stepsister Estelle’s pickup truck and rode to her small ranch in East Texas. Maintaining his innocence, Albert said, “I didn’t have nothing to do with that,” referring to the crime.

Albert currently lives and works in Center, Texas, and since his release has been active in the movement against the death penalty with other exonerated former death row prisoners.