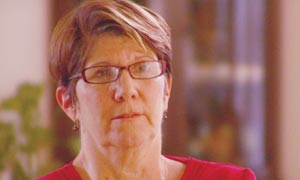 Elizabeth Gilbert will be one of the speakers at the 11th Annual March to Abolish the Death Penalty at 2 PM on October 30th at the Texas Capitol in Austin. She is a Houston teacher and playwright who befriended Texas death row prisoner Todd Willingham. Her story is featured in the New Yorker article by David Grann about the case as well at the Frontline Documentary “Death by Fire” (Click to watch online). If it were not for Elizabeth’s involvement in the case, in addition to Todd’s family, Todd Willingham’s innocence likely would never have come to light. Anyone who hears Elizabeth’s story will know that it is indeed possible to make a difference in the world if you only take the time and make the effort.

Elizabeth actively investigated the case on her own. She became convinced of Todd’s innocence and was instrumental in helping his family find an expert fire investigator to examine his case. The investigator found no evidence for arson and sent a report to Governor Rick Perry. However, the State failed to halt Willingham’s execution in 2004. Further arson investigations have also found no evidence for arson.
Frontline has an interview on their website with Elizabeth. Below is an excerpt in which she talks about her meeting with Todd’s former wife Stacy:

Can you describe your meeting with Stacy?

Stacy came in, and I felt that she was very genuine, and I think this was the first time she had really talked to anybody outside [of the official investigation]. … But to me [she] was just like, “Oh, sure, I’ll meet you; I’ll tell you this is the truth.” … I told her I was a writer; I’m from Houston. I interviewed her; I taped her. And she seemed kind of reserved, nervous, just a person who had a lot of tragedy in her life.

I had heard from Todd that her mother had been murdered, and she had been there. So it seemed like her life had been filled with tragedy, … and she seemed genuinely to feel Todd had not done this. … She really convinced me that she felt that an injustice had been done. … She didn’t feel like he was capable of doing that.

So you believe Stacy told the truth?

Yes, I really do.

Do you remember how she said it?

… She cried, and I just remember her saying, “Todd is not capable of doing that,” just acknowledging that he loved his children. I sensed this very pained individual. … After the conviction, and after Todd was on death row, Stacy decided to get a divorce. She didn’t visit him on death row.