By Texas Moratorium Network On November 8, 2010 · Add Comment · In Uncategorized 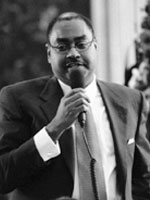 Senator Rodney Ellis introduced an “Innocence Protection Package” for the upcoming Texas legislative session. One bill that he should add to the package is a bill to enact a moratorium on executions, since that is the best way in the short term to ensure that an innocent person is not executed. Texas Moratorium Network lobbied for a moratorium as early as the 2001 session. If the Legislature had enacted a moratorium in 2001 or 2003, then Todd Willingham would likely not have been executed before it was established that he had been wrongfully convicted using junk forensic science.

“I have high hopes that 2011 will finally be the year that the Texas Legislature says ‘enough is enough’ when it comes to putting innocent people in prison,” said Sen. Ellis. “Ensuring that evidence is reliable, the innocent are freed and the truly guilty are punished are things that Democrats and Republicans, conservatives and progressives can agree on. Let’s prove to the people of Texas and the world that restoring trust in the criminal justice system is one of the Lone Star State’s top priorities.”

In recent months, numerous Texans have been released from prison or jail after it was determined they were wrongfully convicted. On October 27, Anthony Graves was released from jail after being incarcerated for 18 years, twelve of them on death row. In July, two men from Harris County were freed after it was determined they were wrongly incarcerated. Michael Anthony Green was released after being locked up 27 years for a rape he didn’t commit. New DNA tests proved his innocence. Allen Wayne Porter was set free after spending 19 years in prison for a rape and robbery in which he was not involved.

Another cause of wrongful convictions is false confessions. The Tim Cole Advisory Panel on Wrongful Convictions recommended that suspects in serious felonies like murder, kidnapping, and sexual assault should have their full interrogation recorded.

“My hope is that the recommendations of the Tim Cole Advisory Panel on Wrongful Convictions, combined with these recent exonerations, will result in a renewed focus by the legislature and governor on ensuring accuracy, fairness, and due process in our criminal justice system,” said Ellis.