By Texas Moratorium Network On March 2, 2011 · Add Comment · In Uncategorized 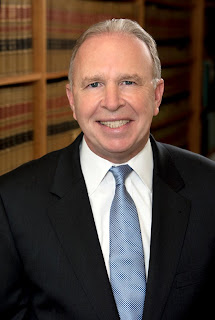 Judge Charlie Baird will speak at the Anti-Death Penalty Alternative Spring Break on Monday, March 14, at 7 PM (room to announced). Judge Baird will be on a panel with former Bexar District Attorney Sam Millsap.
The Anti-Death Penalty Alternative Spring Break, running from March 14 to the 18th, is a unique opportunity for people interested in human rights and the death penalty to spend their spring break learning from and working with experts on the death penalty as well as with six former death row exonerees who will be in attendance. To register, click here.
Judge Charlie retired from the 299th District Court of Travis County on December 31, 2010. Previously, Judge Baird served on the Court of Criminal Appeals, Texas’ highest criminal appellate court, from 1990 through 1998. Judge Baird handled many appeals as a judge on the CCA. Judge Baird was the first judge in the nation to preside over a posthumous exoneration, that of Timothy Cole, an innocent person who died while in prison before he could prove his innocence. In 2010 Judge Baird heard testimony by attorneys for the family of Todd Willingham who were seeking a ruling on whether Willingham was wrongfully convicted. The hearing was stopped by a higher court decision and Judge Baird was not allowed to issue a decision.
Judge Baird was a visiting professor at Texas Tech University School of Law, Loyola University New Orleans School of Law, and his alma mater, South Texas College of Law where he received the Student Bar Association’s Professor Excellence Award for 2004-2005 and 1999-2000. Judge Baird taught criminal law and procedure, criminal trial advocacy, capital punishment, and appellate and post-conviction remedies. And, while at Texas Tech, he supervised the students in the West Texas Innocence Project.
Judge Baird earned his Master of Laws in Judicial Process from The University of Virginia School of Law in 1995. In 1993, he was named the distinguished alumnus of South Texas College of Law where he received his Doctor of Jurisprudence in 1980. Judge Baird earned a Bachelor of Business Administration from The University of Texas at Austin in 1976.
Judge Baird has been a frequent speaker on criminal justice topics across Texas and has appeared on ABC, CNN, NBC and PBS. His scholarly articles appear in numerous publications including Stanford Law & Policy Review, Columbia Human Rights Law Review, South Texas College of Law Review, St. Mary’s Law Journal, Texas Bar Journal, and The Texas Law Reporter. In 2000 he testified before the United States Senate Judiciary Committee on DNA testing and adequate representation in criminal cases.
Judge Baird’s wife, Kristin, is also an attorney; they are the proud parents of Olivia Faith and William Forrest Baird. A ferocious champion of the legal rights of the individual, Judge Baird considers his greatest contribution to be his unwavering and devoted defense of the accused.