From the Chicago Tribune:

SPRINGFIELD — Gov. Pat Quinn today signed into law a historic ban on the death penalty in Illinois and commuted the sentences of 15 death row inmates to life without parole.

Quinn signed the legislation in his Capitol office surrounded by longtime opponents of capital punishment in a state where flaws in the process led to the exoneration of numerous people sentenced to death.

“For me, this was a difficult decision, quite literally the choice between life and death,” Quinn wrote in his signing statement. “This was not a decision to be made lightly, or a decision that I came to without deep personal reflection.”
“Since our experience has shown that there is no way to design a perfect death penalty system, free from the numerous flaws that can lead to wrongful convictions or discriminatory treatment, I have concluded that the proper course of action is to abolish it,” Quinn wrote. “With our broken system, we cannot ensure justice is achieved in every case.”
“For the same reason, I have also decided to commute the sentences of those currently on death row to natural life imprisonment, without the possibility of parole or release,” the governor wrote.
A small group of lawmakers also was on hand, including lead sponsors Rep. Karen Yarbrough, D-Maywood, and Sen. Kwame Raoul, D-Chicago. Senate President John Cullerton, D-Chicago, and House Majority Leader Barbara Flynn Currie, D-Chicago also attended. Lt. Gov. Sheila Simon, who lobbied Quinn to sign the ban, was there.
The ban comes about 11 years after then-Gov. George Ryan declared a moratorium on executions after 13 condemned inmates were cleared since Illinois reinstated capital punishment in 1977. Ryan, a Republican, cited a Tribune investigative series that examined each of the state’s nearly 300 capital cases and exposed how bias, error and incompetence undermined many of them.

Since then, Illinois approved reforms to the capital punishment system, including taping interrogations under a proposal forged by President Barack Obama when he served in the Illinois Senate. Only two days before leaving office in January 2003, Ryan commuted the death sentences of 164 prisoners to life in prison. Quinn and his predecessor, Rod Blagojevich, kept the moratorium in place.

In 1972, the U.S. Supreme Court struck down death penalty statutes in 40 states, including Illinois. Five years later, Illinois reinstated capital punishment, and it has been among the 35 states that currently allow executions. Illinois could join New York, New Jersey and New Mexico, all of which have done away with the death penalty in the last three years.

Quinn did not have to immediately act on the 15 death row inmates, but chose to commute their sentences to life in prison. 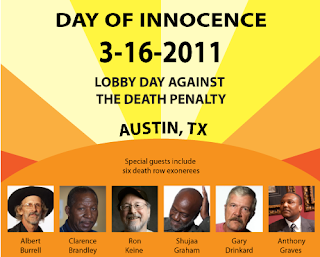