By Texas Moratorium Network On September 13, 2011 · Add Comment · In Uncategorized 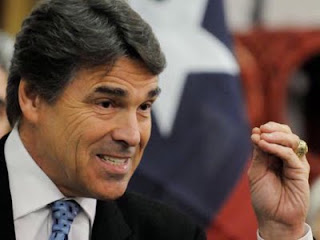 The lethal injection of Steven Woods today was the tenth this year in Texas, the 474th since Texas resumed executions in 1982 and the 235th since Governor Rick Perry took office in 2000.

Steven Michael Woods Jr. was pronounced dead at 6:22 p.m., 10 minutes after the lethal injection dose began, said Michelle Lyons, a spokeswoman for the Texas Department of Criminal Justice. It was the 10th execution carried out in Texas this year.
“You’re not about to witness an execution. You are about to witness a murder,” Woods said before he was injected, according to Lyons. Woods added that his co-defendant was the one responsible for two 2001 killings, she said.
Earlier Tuesday, the state’s high court rejected a stay of execution for Woods.
“We’re disappointed in the outcome,” attorney Brad Levenson said after the court’s decision. His office had filed for a stay of execution on grounds of juror bias.
Woods was sentenced to death for the slayings of 21-year-old Ronald Whitehead and 19-year-old Bethena Brosz in 2002. Co-defendant Marcus Rhodes was sentenced to life in prison.
Duane Edward Buck is one step closer to execution after a ruling late Tuesday by the Texas Board of Pardons and Paroles, which recommended against granting him clemency.
The ruling was made after Phyllis Taylor, one of Buck’s surviving victim’s, spoke with the chairwoman of the board earlier in the day.
Taylor was one of three people shot by Buck in 1995 after an early morning argument. Debra Gardner and Kenneth Butler were killed when Buck returned to Gardner’s home with two rifles and opened fire on his victims. According to Texas officials, Buck shot Gardner in front of her daughter, who begged for her mother’s life.
In a statement released after the board’s ruling, Buck’s attorney, Katherine C. Black, said the recommendation, “fails to recognize what the highest legal officer in the state of Texas has acknowledged: No one should be executed based on a process tainted by considerations of race.”
Black is referring to U.S. Sen. John Cornyn, who was the state’s attorney general in 2000, when he spoke of seven death row inmates, including Buck. Cornyn said he believed the inmates had been unfairly sentenced to death based on testimony that was racially tainted by psychologist Walter Quijano, who repeatedly told juries that black or Hispanic defendants were more likely to commit future crimes.
Because of that testimony, six of those seven inmates were granted re-sentencing trials. Buck was not among them.
“We want to make sure people aren’t executed based on the color of their skin,” Black said.
On Monday, Linda Geffin, a former Harris County assistant district attorney who prosecuted Buck, joined Taylor in calling on state officials to stop Buck’s execution.
“The decision as to whether Mr. Buck’s execution will go forward now lies squarely with Gov. Perry, who has the power to issue a 30-day reprieve, and District Attorney (Patricia) Lykos, who has the power to ask for a withdrawal of the execution date,” Black said.
“We urge Gov. Perry to grant a temporary reprieve to allow all parties involved to work together to ensure that Mr. Buck receives a new and fair sentencing hearing untainted by race-based testimony.”
But Perry is not known for his leniency when it comes to the death penalty.
Woods’ execution Tuesday night was the 235th for Perry in his 11 years as the governor.