Amazee project of the Day: "Abolish the Death Penalty" Map of Executions in the U.S in 2008

By Texas Moratorium Network On December 2, 2008 · Add Comment · In Uncategorized 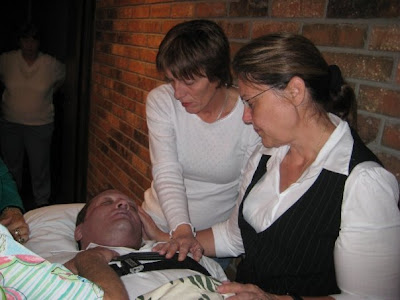 This is a photo of Greg Wright 15 minutes after his execution on Oct 30, 2008 in Texas. His friend Bente Hjortshøj is standing on the left. She wrote this caption to the photo: