1 in 25 People Sentenced to Death is Likely Innocent

By Texas Moratorium Network On April 28, 2014 · Add Comment · In Uncategorized

About one in 25 people imprisoned under a death sentence is likely innocent, according to a new statistical study appearing in the Proceedings of the National Academy of Sciences. And that means it is all but certain that at least several of the 1,320 defendants executed since 1977 were innocent, the study says.

But the great majority of innocent people who are sentenced to death are never identified and freed, says professor Samuel Gross of the University of Michigan Law School, the study’s lead author.

The difficulty in identifying innocent inmates stems from the fact that more than 60 percent of prisoners in death penalty cases ultimately are removed from death row and resentenced to life imprisonment. Once that happens, their cases no longer receive the exhaustive reviews that the legal system provides for those on death row.

Gross and three other researchers, including a biostatistics expert, looked at the issue using a technique often used in medical studies called survival analysis. Yale University biostatistics expert Theodore Holford, who wasn’t part of the study, said the work done by Gross “seems to be a reasonable way to look at these data.”

Because of various assumptions, it might be best to use the margin of error in the study and say the innocence rate is probably between 2.8 percent and 5.2 percent, said University of South Carolina statistics professor John Grego, who wasn’t part of the study.

The study is the first to use solid and appropriate statistical methods to address questions of exoneration or false convictions, an important subject, said Columbia Law School professor Jeffrey Fagan, who also is a professor of epidemiology at the Mailman School of Public Health. The research combines data from three independent sources, a rigorous approach used by few studies on capital punishment, he said.

The research produced an estimate of the percentage of defendants who would be exonerated if they all remained indefinitely on death row, where their cases would be subject to intense scrutiny for innocence.

The study concluded that the number of innocent defendants who have been put to death is “comparatively low. … Our data and the experience of practitioners in the field both indicate that the criminal justice system goes to far greater lengths to avoid executing innocent defendants than to prevent them from remaining in prison indefinitely.”

Death sentences represent less than one-tenth of 1 percent of prison sentences in the U.S., but they account for 12 percent of known exonerations of innocent defendants from 1989 to 2012. One big reason is that far more attention and resources are devoted to reviewing and reconsidering death sentences.

“The high rate of exoneration among death-sentenced defendants appears to be driven by the threat of execution,” says the study. “But most death-sentenced defendants are removed from death row and resentenced to life imprisonment, after which the likelihood of exoneration drops sharply.” The study estimates that if all defendants sentenced to death remained in that status, “at least 4.1 percent would be exonerated. We conclude that this is a conservative estimate of the proportion of false conviction among death sentences in the United States.” 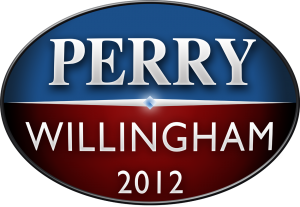 In a development that should not surprise anyone, the Texas Board of Pardons and Paroles, of which every single member was appointed by Governor Rick Perry, has voted not to recommend a posthumous full pardon for Cameron Todd Willingham, who was executed a decade ago after being convicted of setting a house fire that killed his three young daughters.

More from the Texas Tribune:

“This whole process is, unfortunately, typical of this board, where they don’t demonstrate that they’ve actually considered the substantial evidence that we’ve put before them,” said Barry Scheck, co-founder of the Innocence Project, which has led the charge to clearn Willingham’s name in the case.

Today’s execution of Tommy Sells has been carried out. He was the first person executed since Texas acquired a new supply of lethal drugs from a secret source. Texas has executed 513 people since resuming executions in 1982 after an 18-year moratorium.

The U.S. Supreme Court cleared the way Thursday for the execution of a Texas murderer who sought to raise concerns that a secretly made drug could deliver a painful death.

Tommy Lynn Sells, who was convicted of a 1999 slaying of a teenage girl in Val Verde County along the U.S.-Mexico border, had asked the court to block his execution because Texas officials have refused to disclose details about the pentobarbital to be pumped into his body.

The bid for the high court’s intervention was a last effort to keep him alive by overturning a 5th U.S. Circuit Court of Appeals decision to let the execution continue in Huntsville, despite legal concerns over the drug.

By Texas Moratorium Network On April 2, 2014 · Add Comment · In Uncategorized A U.S. federal judge has temporarily suspended the execution of two inmates planned for this month in Texas, saying the state has hidden information about the supplier of the drugs to be used in the lethal injections, according to Reuters.

The decision is part of a series of recent court rulings that have mandated states to release information about drugs used for lethal injection, saying that keeping the information secret violates due process protections of the U.S. Constitution.

Gilmore called on the state to disclose, under seal, information regarding its execution drug.

Several states have struggled to obtain drugs for executions, while many pharmaceutical companies, mostly in Europe, have imposed sales bans because they object to having medications made for other purposes used in lethal injections.

The injunction applies to inmates Tommy Lynn Sells, set to be executed on Thursday for the murder of a 13-year-old girl, and Ramiro Hernandez whose execution was set for April 9 for a rape and murder that took place in 1997.

Texas, which has executed more prisoners than any other state since the U.S. Supreme Court reinstated the death penalty in 1976, said last month it had obtained a new batch of the sedative pentobarbital, without saying where the drug it uses for executions had come from.

A Texas state judge ordered the department of corrections on March 27 to disclose the name of the supplier of drugs used in executions.

Texas prison officials have so far refused, saying they want the supplier to remain secret to protect it from possible harm. That prompted lawyers for the two inmates to take the case to federal court.

Texas immediately appealed Wednesday’s federal injunction to the U.S. Court of Appeals for the 5th Circuit, which last week ruled that Louisiana had to reveal to inmates on death row the content and maker of drugs used in lethal injections.

By Texas Moratorium Network On February 27, 2014 · Add Comment · In Uncategorized

From the New York Times:

In the 10 years since Texas executed Cameron Todd Willingham after convicting him on charges of setting his house on fire and murdering his three young daughters, family members and death penalty opponents have argued that he was innocent. Now newly discovered evidence suggests that the prosecutor in the case may have concealed a deal with a jailhouse informant whose testimony was a key part of the execution decision.

As he worked through the stack of papers, he saw a note scrawled on the inside of the district attorney’s file folder stating that Mr. Webb’s charges were to be listed as robbery in the second degree, not the heavier first-degree robbery charge he had originally been convicted on, “based on coop in Willingham.”

Mr. Benjet recalled a “rush of excitement,” he said, and thought, “This is what we’ve been looking for.”

The Innocence Project submitted the note, which is not dated or signed, in a new filing to the board asking that it be included as part of its September request for a pardon.

Barry Scheck, co-founder of the Innocence Project, called the note a “smoking pistol” in the case.