By Texas Moratorium Network On September 29, 2022 · Add Comment · In March to Abolish the Death Penalty

The 23rd Annual March to Abolish the Death Penalty is at 2 pm on October 22 in Austin.

Sara Hickman has accepted an invitation to perform at the event. She was invited by Terri Been, the sister of Jeff Wood. Jeff is on death row under the Law of Parties for a murder he did not commit.

By Texas Moratorium Network On June 24, 2022 · Add Comment · In Uncategorized 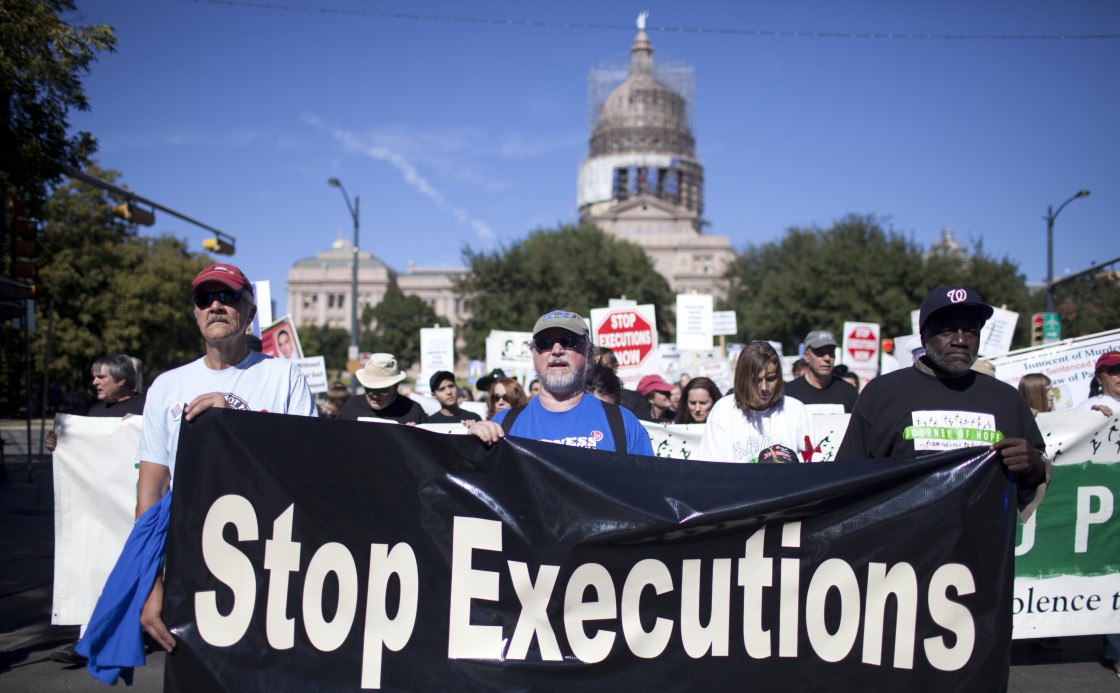 The 23rd Annual March to Abolish the Death Penalty will be held in Austin, Texas on Saturday, October 22, 2022 at 2pm at the Texas Capitol.

‘My trust in the system is shaky’: Republican State Rep. Jeff Leach says he would support moratorium on death penalty 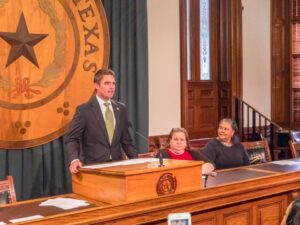 The very first event that Rep Leach attended at the Texas Capitol on the issue of the death penalty was when Texas Moratorium Network invited him to speak at a press conference concerning the bill to end the death penalty under law of parties cases during our Lobby Day in 2017 where he spoke about the case of Jeff Wood, who is on death row under the law of parties.

In a startling revelation on Inside Texas Politics, state Rep. Jeff Leach said he would support a pause on all executions in Texas.

What’s more, the Collin County Republican says he has a number of conservative colleagues who support the death penalty who would also back such a moratorium.

“Right now, going through what I just went through and seeing what I just saw, I would,” Leach said on Inside Texas Politics. “I am, again, a supporter of the death penalty in the most heinous cases. But that is contingent upon the system working, the system being trustworthy, fair and reliable, us ensuring beyond a shadow of a doubt guilt of the inmate”

“And right now, I am unsure of that. My trust in the system is shaky,” he added.

Leach was at the forefront of stopping Melissa Lucio’s execution, which had been scheduled for April 27. But the Texas Court of Criminal Appeals halted it two days before, opening up the possibility of a new trial amid growing doubts about whether Lucio killed her 2-year-old daughter, Mariah, in 2007.

“We’ve got to look at every part of our system.  And Melissa’s case, where the system failed her at every turn, is a great example of that,” he said.

‘My trust in the system is shaky’: Texas Republican State Rep. Jeff Leach says he would support moratorium on death penalty.
Read full story at WFAA.

By Texas Moratorium Network On December 30, 2021 · Add Comment · In Uncategorized Lawrence Foster, the grandfather of Kenneth Foster, jr, has passed away. He advocated tirelessly to prevent his grandson’s execution (which was commuted to life only six hours before the execution was scheduled to take place on August 30, 2007). He lobbied legislators and the governor, and attended numerous rallies, and other events. Here he is speaking to the press along with State Rep Harold Dutton at a press conference in the Texas Capitol to advocate for a bill to end the death penalty in law of parties cases. May everyone have someone on their side in rough times as true, faithful and courageous as Mr Foster!