By Texas Moratorium Network On November 8, 2019 · Add Comment · In rodneyreed 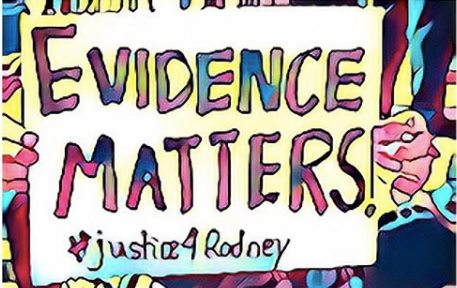 Texas may execute an innocent person on November 20, 2019. Rodney Reed is innocent in the murder of Stacey Stites – a crime for which he has been on death row since 1998. Recent revelations from a jailhouse informant further implicate Stacey’s fiancé, Jimmy Fennell, in the murder. Fennell allegedly made a confession to a fellow prisoner while serving a 10-year sentence for raping a woman that was in Fennell’s custody while he was on duty as a cop.

The evidence of Rodney’s innocence has led to mounting calls from politicians, law enforcement officers, a host of celebrities (including Texas native Beyoncé and Oprah Winfrey), and people around the world faor the execution to be halted, whether by the U.S. Supreme Court or by Texas Governor Greg Abbott.

Rodney’s supporters continue to campaign for a halt to the execution – and are asking for Rodney to receive a new day in court, when all the evidence of his innocence can be heard. Supporters will rally this Saturday at the Governor’s Mansion — just 11 days before the execution date — to call on Abbott to do the right thing for Rodney Reed!

One of Saturday’s speakers is national activist and journalist Shaun King, who initiated a petition for Rodney that has garnered over 2,000,000 signatures within a few days of being launched. We will also be joined by federal civil rights attorney and activist Lee Merritt. Rodney’s mother Sandra and brother Rodrick will speak for the Reed family. Heather Campbell Stobbs, cousin of Stacey Stites, will voice her support for Rodney. Witness to Innocence members Shujaa Graham and Juan Melendez will speak. Both men were exonerated from death row.  Musical group Riders Against the Storm will perform.

We testified at the hearing of the House Committee on Criminal Jurisprudence on April 15, 2019 in favor of Rep. Dutton’s bill to prohibit the death penalty in law of parties cases, such as Jeff Wood’s case. The hearing was scheduled for 2pm, but they did not get to the bill on law of parties until about 9:30, so we waited all day to testify. Contact members of the committee and urge them to vote in favor of the bill.

Also testifying was Elsa Alcala, formerly a Republican judge on the Texas Court of Criminal Appeals, the highest criminal court in Texas.

Trailer for “Trial by Fire” Film About Todd Willingham

By Texas Moratorium Network On January 1, 2019 · Add Comment · In Uncategorized