By Texas Moratorium Network On November 18, 2009 · Add Comment · In Uncategorized 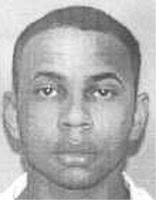 From the Palestine Texas Herald Press:

Late Tuesday afternoon, Simpson’s attorneys David R. Dow and Katherine C. Black filed a postconviction writ of habeas corpus; a motion for a stay of execution; and a motion asking Court of Criminal Appeals Judge Sharon Keller be recused from any participation in the case.

Dow and Black are attorneys for the Texas Defender Service and their motion on Simpson’s behalf alleges the judge “has made disparaging statements about TDS” in the past, which they say compromises “her ability to rule impartially in a case involving a party represented by the TDS.”