By Texas Moratorium Network On March 12, 2010 · Add Comment · In Uncategorized 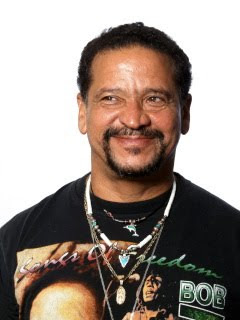 Juan Melendez, an innocent man who spent 17 years, eight months and one day on death row in Florida will be one of the speakers at the Anti-Death Penalty Alternative Spring Break. Juan is attending as a member of Witness to Innocence. Juan will join exonerees Shujaa Graham, Curtis McCarty, Ron Keine, Derrick Jamison and Perry Cobb at alternative spring break to speak with participants about how innocent people can end up on death row.
To register, visit www.springbreakalternative.org/deathpenalty. The four-day program is free and open to everyone.

“Juan Melendez 6446,” is a beautifully artistic and compelling documentary that depicts the story of JuanMelendez and highlights the tremendous damage that the death penalty inflicts on so many people involved in the system.  Mr. Melendez’s mother, Dona Andrea Colon, plays a central role in the documentary.  As a woman of unwavering faith and devoted mother, she silently lived with the shame of having a son on death row and faithfully prayed three rosaries everyday, praying for a miracle that would prove her son’s innocence.  Also included in the documentary is a brief but deeply moving discussion by Mr. Melendez’s appellate counsel of the cases of Leo Jones and Frank Lee Smith, both of whom were African-American and good friends of Mr. Melendez on death row.  Leo was executed in spite of his innocence and Frank died of cancer before DNA testing proved that he did not commit the crime for which he was sentenced to death.Governor Bill Richardson of New Mexico watched the documentary shortly before he abolished the death penalty in New Mexico in March 2009.  He has since told Mr. Melendez that he was deeply impacted by the documentary.   Sister Helen Prejean, author of Dead Man Walking, attended the U.S. premiere of the documentary.  She described it as a “powerful” film that is “heartbreaking and maddening and . . . stirs the soul.”    The documentary has been screened at six international film festivals in New York, Montreal (Canada), Glasgow (Scotland), Madrid (Spain), San Juan (Puerto Rico), and most recently in La Habana (Cuba). Here is a link to the short trailer (1.5 minutes) of the documentary:

Juan Roberto Melendez spent seventeen years, eight months and one day on Florida’s death row for a crime he did not commit. Upon his release on January 3, 2002, he became the 99th death row prisoner in the United States to be released with evidence of innocence since 1973.  At the moment, the number stands at 139 and a significant majority are either Latino or African-American.  Although Mr. Melendez’s story is unique, the circumstance of being innocent and on death row is shamefully anything but unique.

Mr. Melendez’s story highlights the myriad of problems that plague the death penalty system, in particular its high risk and inevitability of being imposed on the innocent, its unfair and unequal application on the  basis of race and ethnicity and its almost exclusive imposition on our most defenseless and vulnerable members of society–the poor. Although his case was riddled with doubt, and there was not one single shred of physical evidence against him, he was convicted and sentenced to death for the murder of Delbert Baker (a white man) within a week by a “death-qualified” jury.  These “death-qualified” jurors presumed Mr. Melendez’s guilt right from the start.  They rejected his airtight alibi witness and other witnesses (all of whom were African-American) and instead chose to believe the highly questionable testimony of the government’s two critical witnesses.   Had it not been for the extremely fortunate discovery of a taped confession of the real killer sixteen years after Mr. Melendez had been sentenced to death, he almost certainly would have been executed. At the time the taped confession was discovered, the Supreme Court of Florida had already upheld his conviction and death sentence three times on appeal.  Beyond the death penalty, Mr. Melendez’s story is a remarkable story of survival, faith and hope that resonates with people all across the political spectrum.

“Prior to hearing Mr. Melendez’s speech, I was pro-death penalty.  Now I will fight to abolish it!!”
-Norma Francisco, Ph.D.., member of the

Church for the Fellowship of All Peoples, San Francisco (August 13, 2006)

Juan Melendez) is the best argument against the death penalty that anyone could ever hear.”
– Journalism student, University of New Mexico

“I have not attended a better speech in all my ten plus years in the clinics! Or has one affected me so much as his speech! One student who has always been for the death penalty changed his views that day . . . He was awesome.”
– Linda Herrera, Director of Legal Clinics at

“Your story is one that needs to be heard by everyone and your message of hope is truly an inspiration.”
-Dr. Judy Hendry, communications and journalism professor, University of New Mexico

Juan is a living testament to the injustice of capital punishment and his talk is infinitely more effective than anything I could teach my students.”
–Law professor Marjorie Cohn, Thomas Jefferson School of Law

“He is a brilliant speaker and a brilliant story teller . .. . It is so important that he share his story with the public because [he] is a prime example of how one man’s personal story can do more to inform people about the death penalty than all of the cases, newspapers and political rallies combined.”
-Morgan Anderson, law student

Catholic Religious Education Congress, Anaheim, California, March 2007
“Mr. Melendez is an inspiration and ray of hope for anyone who has ever felt hopeless in their situation”
-Teacher, Stronghurst Alternative High School, Albuquerque, New Mexico

Juan Melendez) is a perfect example of hope and survival.”
-Youth in detention, Las Vegas, Nevada

“One of the most powerful and moving events we have had here-not just the extraordinary story he had to tell, but the grace and skill with which he told it.”
-Simon Keyes, Director of St. Ethelburga’s Ctr. for Peace and Reconciliation, London, England

For more detailed information regarding Mr. Melendez’s case, please see his published article in the Texas Tech Law Review at: 41 Texas Tech Law Review 1 (Fall, 2008), Presumed Guilty: a Death Row Exoneree Shares his Story of Supreme Injustice and Reflections on the Death Penalty (article can be accessed through westlaw).
Below is a letter of reference for Mr. Melendez from a former career prosecutor.
From: Gutmann, Joe PSent: Thu 1/28/2010 2:01 PMTo: Edwards, KerrySubject: RE: Juan Melendez
Professor Edwards,
I met Juan Melendez 2 weeks ago.  Prior to meeting Juan, I researched his case online.  Juan Melendez is a remarkable man!  His compassion, forgiveness and positive view of life speak volumes of his character.  The National Coalition to Abolish the Death Penalty held it’s annual convention in Louisville.  I am a retired prosecutor (Commonwealth of Kentucky Commonwealth Attorney’s Office) of 20 years and teach undergraduate law classes at The University of Louisville and head the Law & Government Magnet Program at Central High School.  I received notice that Juan was going to be in town for the convention and was willing to speak to groups during his stay.  Unsure of what Juan‘s demeanor and presentation would be like I asked him to speak at the law school before; I would consider having him talk to high school students.  On January 14th he spoke to about 100 law students at The University of Louisville, Louis D. Brandeis School of Law and was amazing.  I have attended many impressive lectures in my day, Juan was incredible and made an impression that I will never forget.  I am proud to call him a friend.  He spoke at Central High School to 100, sophomore-senior law magnet students.  The response from my students was amazing.  Two weeks later, they are still talking about him, the death penalty andAmerican justice.
. . .
Thanks,
Joe Gutmann