Gayland Bradford Scheduled to be Executed in Texas on Wednesday, June 1 October 22, 2011 Save the Date for the "12th Annual March to Abolish the Death Penalty" 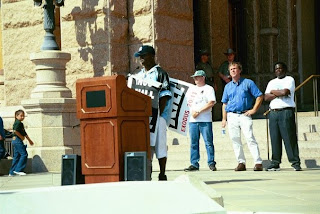