By Texas Moratorium Network On October 20, 2006 · Add Comment · In Uncategorized

A record number of organizations have signed on as sponsors of the 7th Annual March to Stop Executions on October 28, 2006. 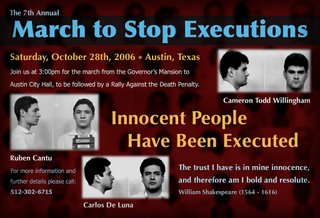