Jesse Joe Hernandez received lethal injection tonight in Huntsville for the slaying of Karlos Borja 11 years ago. Today’s execution was the 481st in Texas since 1982 and the 242nd since Rick Perry became Governor. More than 50 percent of all executions in Texas in the modern era have been conducted under Rick Perry. Call the Office of Governor Rick Perry at 512 463 2000 to give him your opinion on the death penalty.

The execution was carried out about two hours after the U.S. Supreme Court denied last-ditch appeals for the 47-year-old Hernandez.

Execution in Texas Today Could Still Be Blocked by U.S. Supreme Court

There is an execution scheduled today in Texas. The U.S. Supreme Court could still stop it, according to news reports. Forty-seven-year-old Jesse Joe Hernandez is set for lethal injection Wednesday evening in Huntsville for the slaying of Karlos Borjas 11 years ago.

Today’s execution would be the 481st in Texas since 1982 and the 242nd since Rick Perry became Governor. More than 50 percent of all executions in Texas in the modern era have been conducted under Rick Perry. Call the Office of Governor Rick Perry at 512 463 2000 to give him your opinion on the death penalty.

The U.S. Supreme Court is considering whether to block the scheduled execution of a convicted child sex offender condemned in the beating death of a 10-month-old boy he was babysitting at a home in Dallas.

To express your opposition to any execution, you can contact Governor Rick Perry’s office at 512 463 2000. If you call after business hours, you can leave a voice mail message. During business hours, someone should answer the phone. You can also send a message using a form on Perry’s official website.

Lynching and the Death Penalty Symposium: Friday and Saturday March 23-24 in Austin

By Texas Moratorium Network On March 22, 2012 · Add Comment · In Uncategorized

This Friday and Saturday March 23-24 in Austin there will be a symposium examining lynching and the death penalty.

The Lynching and the Death Penalty symposium begins with a keynote address by Bryan Stevenson, founder and executive director of the Equal Justice Initiative, titled “Lynching, Racial History and Death Penalty Disqualification.” This two-day symposium explores the historical link between lynching and the death penalty and the enduring role of lynching and race discrimination in contemporary capital litigation.

The conference is free, but space is limited. To register for the conference and for additional information, contact Rachel Sidopulos, Center Administrator, William Wayne Justice Center for Public Interest Law, at rsidopulos@law.utexas.edu, (512) 232-6277 (phone). 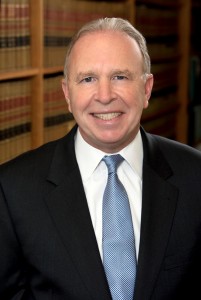