By Texas Moratorium Network On June 6, 2012 · Add Comment · In Uncategorized

By Texas Moratorium Network On May 24, 2012 · Add Comment · In Uncategorized 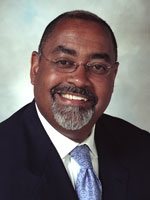 Yet, Senator Ellis won’t push for a moratorium on executions. That does not make sense. If the Texas Legislature had enacted a moratorium in 2001 or 2003 (as we asked them to), it is highly likely that Todd Willingham would not have been executed in 2004 and he would have had more time to prove his innocence.

Please contact Senator Ellis and urge him to push for a moratorium on executions.

More from the Texas Monthly roundtable with Art Acevedo chief of the Austin Police Department since 2007; Rodney Ellis who was elected to the state Senate in 1990; Anthony Graves who was wrongfully convicted in 1992 and released from jail in 2010; Barbara Hervey a judge on the Court of Criminal Appeals and the chair of the court’s fourteen-member Texas Criminal Justice Integrity Unit. She lives in San Antonio; Kelly Siegler a special prosecutor; Craig Watkins the DA of Dallas County and a former defense attorney and Jake Silverstein, editor of TEXAS MONTHLY.

Silverstein: I want to talk about capital punishment. District Attorney Watkins, it’s something that you are morally opposed to, but in your capacity as district attorney in Dallas County, it’s something you’ve had to seek in some cases. Are you going to push for there to be a moratorium on the death penalty?

Watkins: I don’t think from my little seat as DA in Dallas County, which is one of 254 counties, that I have a voice to say there should be a moratorium. I can tell you how we do it in Dallas. We have a death penalty review team that looks at everything before we make a determination. It’s not just me making the decision. We have people with different views, and it’s majority rule. When we pursue it, guilt or innocence is not the issue. It’s pretty much, a guy’s confessed.

Ellis: I’ve presided over three executions. On the first day I was acting governor, as president pro tem of the Senate, an execution had been scheduled. I read the file. They had changed the pleadings to make the case to me: “Senator Ellis, you’ve been a civil rights leader; the death penalty has a disproportionate impact on people of color.” It was a direct appeal to me, and I remember thinking that when I took the oath to be president pro tem of the Senate, I swore to enforce the laws of the state of Texas. Not just the ones I like. So I read the file, I got on the line, and I said the state would proceed. But I do think there’s a distinct possibility the state of Texas has executed an innocent person.

Graves: Too many. You can’t tell me that I’m wrong. You tried to kill me twice. For something I knew nothing about.

Watkins: But you’ve got to get away from the morality of it, because people have different morals. It’s got to be logistics. Do we have things in place to make sure we don’t get it wrong? That’s a legitimate question.

Siegler: Yes—yes, we do. Checks and balances are in place. It’s the human beings involved that are the problem. You know, it’s another discussion if the people of Texas don’t want the death penalty. If they don’t, fine. But right now, that’s the law.

Ellis: But obviously all of us at this table have the ability to influence the law.

Siegler: Not that law.

Ellis: No, we do. If prosecutors were to say, “Hey, there are enough questions out here, there’s human error, we all make mistakes.”

Graves: Come on! To me, it’s an insult that you almost killed me and you’re still not even talking about a moratorium to find out what went wrong. You ask my mother about that. Ask my mom.

Ellis: I would say this: as a politician, as a policy maker, I wouldn’t put myself in a position where I would minimize my ability to enact meaningful reforms just to try to pass a moratorium bill. Whenever I carry these reforms, my colleagues come over to me and say, “You’re just against the death penalty. That’s your problem.” And I can look them in the eye and say, “I’ve presided over three executions. By what right do you say to me that I’m against the death penalty? I’ve done it. I’ll go to my maker. I did it. I could’ve given the thirty-day reprieve, but I didn’t.” I just don’t want the debate. I don’t want to minimize anybody’s ability to pass meaningful reforms. In a very conservative state, we’ve made some pretty significant advances.

Siegler: So you’re saying you don’t want to waste your time with a moratorium.

Ellis: Yeah, I don’t want to minimize my ability to pass other stuff.

Ellis: I think exonerations and the reforms that we have put in place over the years collectively make it more difficult to get an execution. When I put a spotlight on imperfections in the system, it’s harder for a prosecutor to get an execution. I hope these reforms that I’ve advocated—some of which we have passed—I hope they’ve made it more difficult. Because I’m convinced somebody’s going to look back at us in 25 years and ask, “What the hell were they doing?” Most of [the wrongly convicted] are poor, most of them are black.

Watkins: Let me ask you this [to Graves]: When I was campaigning for DA, I ran somewhat on the issue of innocence. So when I got elected, I had to prove the thesis. So now here you are, you’ve been exonerated. And you were on death row, and you have a voice—you’re in a position where people will listen to what you say. And you’re saying that we should get away from capital punishment in Texas because we could make a mistake? Prove it.

Hall: How can you prove somebody  innocent?

Graves: Here’s the proof. You tried to kill me twice.

Watkins: Yeah, but you’re one.

Graves: But one is one too many, ’cause my mother would have never gotten me back had you killed me. I understand exactly what you’re saying. You’re being real about our whole system and that you really have to go out there and prove it to change the mentality about it all. And I understand that, but if I have to go and prove it, that means we’ve got a bigger problem.

Graves: I have to be at this table.

Hervey: We could never apologize to you enough for what’s happened, but hopefully you know that we’re trying to make a difference.

Acevedo: What you need to understand is that one Anthony at a time, we build a case. Every single one that we identify is one step closer to tipping the scales of justice. We’re here right now. We’re a few more egregious cases away from people finally taking a step back and saying enough is enough.

By Texas Moratorium Network On May 19, 2012 · Add Comment · In Uncategorized In 2010, Judge Charlie Baird wrote an order that would have exonerated Todd Willingham. As the Huffington Post reported, “Baird’s order clearing Willingham’s name never became official, because a higher court halted the posthumous inquiry while it considered whether the judge had authority to examine the capital case.”

While waiting for permission to finish the case from the Third Court of Appeals, Baird put together the document that “orders the exoneration of Cameron Todd Willingham for murdering his three daughters,” because of “overwhelming, credible and reliable evidence” presented during a one-day hearing in Austin in October 2010.

View this document on Scribd

By Texas Moratorium Network On May 15, 2012 · Add Comment · In Uncategorized 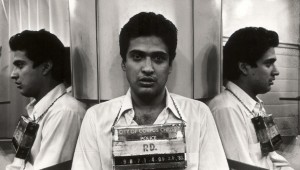 The case of Carlos DeLuna is getting new attention. He was an innocent person executed by the State of Texas. The Columbia University Law Review has created an extraordinary website detailing the case. Be sure to visit their website.

Back in 2006, Texas Moratorium Network’s Scott Cobb wrote the section on capital punishment in the Texas Democratic Party platform and included Carlos DeLuna as an example of an innocent person executed to show why Texas needs a moratorium on executions.

The Atlantic also has a very long article on the case:

On the day, sooner than you think, when the United States Supreme Court again outlaws the death penalty, the justices will almost certainly cited the DeLuna case as one of the prime reasons why. It is not the first recent instance where smart, reasonable people have compellingly proven that an innocent man was executed in Texas. And it’s certainly not the first time we’ve read the details of a capital case where the work of government officials — police, prosecutors, judges — was so profoundly and consistently shoddy.

But there is something especially compelling about the DeLuna case. It’s what drew Possley to it. It’s what haunted the lone eyewitness for all these years. A legendary case of injustice deserved — it needed — a legendary treatment. And it got one. No one can ever say again with a straight face that America doesn’t execute innocent men. No one. Barry Scheck told me Friday: “If Carlos DeLuna were still alive, [the Article] would form the basis of a habeas petition that would have exonerated him.”

New Documentary on Todd Willingham Case in the Works

By Texas Moratorium Network On April 30, 2012 · Add Comment · In Uncategorized

A new documentary on the case of Cameron Todd Willingham entitled “Burned” is nearing completion.

According to the filmmakers, all the footage has been shot and the film is in post-production. “It’s coming along well! We’ve partnered with the Arson Research Project and are creating a transmedia project”, the filmmakers told us on Twitter. You can follow the project on Twitter @projectBurned.

For more information, you can also visit the website at http://www.burned-documentary.org/.

For more on the case of Todd Willingham, visit http://www.camerontoddwillingham.com.

Burned is a new documentary by Jessie Deeter about Cameron Todd Willingham who was executed in 2004 for the arson deaths of his three young daughters, despite clear forensic evidence that the fire was not arson.

Currently, we have completed filming and are beginning post-production work with a target date of late spring 2011 for a rough cut. We’re grateful for the grants and donations we have received, but we still have some distance to cover – and we can’t get there without you.

You can help by:
* Making a donation
* Sharing our quest via email, Facebook, Twitter, etc.
* Asking at least one other person to do the same

Your contribution will help us with costs of editing, music, web site, sound design, festivals submission, color correction, office space and much more.

Please join us in our work to bring this story to the screen. Please spread the word…every dollar and every mention helps.